The Function of the Liver

The Importance of the Liver

Modern life is very hard on our Livers. As a practising acupuncturist it is very rare to encounter a patient who does not have symptoms of some sort of Liver disorder. This is because it is the Liver’s job to regulate the smooth flow of energy throughout our bodies. Ideally, Liver energy should flow outwards in all directions. Energy that flows smoothly, follows the rhythms of nature, like the sap flowing up a tree in spring or the leaves falling in autumn. Smooth flowing energy is reflected in the cycles of the moon and the ebb and flow of the tide.

As humans, our actions are no longer directed by these rhythms. We have created a world which allows us to operate outside of nature. In many ways this has given us incredible power; the ability to determine our own path, and dictate our own future, but the burden has been taken by our Livers.

The Liver is refer to as ‘The General’ by ancient Chinese texts.
1 This term is a reference to the Livers important role in the strategic planning of systemic processes. Therefore, as well as being forced to operate in an environment where our energy is not flowing freely, the Liver also has to decide how we are going to respond at an emotional and physiological level.

Imagine a situation where we are forced to endure, physical or emotional stress. For whatever reason we find ourselves in a position were we are unable to flow in the way we want. Eventually we begin to feel ‘trapped’. This sensation is experienced by our Liver energy which begins to stagnate. Being a just leader the Liver considers this situation to be unfair and responds with the classic emotions of Wood: anger and frustration. If this situation is allowed to continue unchecked, the stagnation becomes compacted, making free flow more and more difficult. The knock on effects of this can be numerous: the Livers ability to nourish the body and store Blood can be impaired; the energy of other organs can be blocked; or a build up of pressure can eventually results in pathological Heat. In fact disharmonies in Liver energy can lead to symptoms as diverse and common as migraines, reflux, back pain, gynaecological problems, fertility problems, constipation, diarrhoea, asthma, dizziness, insomnia, tiredness, depression, PMS, IBS, rage, hopelessness, and all kinds of physical aches and pains.

If we do nothing else we can all benefit from tending to the needs of our Liver.

The Role of the Liver
The Liver and Gall bladder are associated with the Chinese element of Wood. Wood is also characterised by spring time and the colour green. The emotions associated with Wood are frustration, anger, courage, innovation, leadership, decision-making and striving for justice.

There are Five Elements all together in Chinese Medicine. The other four are Earth, Fire, Water and Metal. As you can see in this group Wood is the odd one out. All the other elements are eternal. It is only wood that grows and dies or at least at a pace that we can easily observe. This fits in with the Livers role of controlling movement and change and with its ability to innovate and take the initiative. All in all the Liver is in a constant state of recycling and growth. However, herein lies its greatest weakness. This ‘highly geared’ state of affairs means that it can easily become over loaded. In Chinese Medicine this leads to what is known as Liver Qi Stagnation which is associated with far-ranging signs and symptoms. I the western world at the current time, Liver Qi Stagnation is extremely common.

The Function of the Liver – The General

1. Stores the Blood
In Acupuncture theory the Liver hold the important role of storing blood. The amount of blood and nutrients the body requires varies constantly. Obviously, more blood is needed at certain times, such as after we have eaten, or during physical activity. Chinese medicine is clear that it is the Heart that moves the blood around the body, but as the General, it is the Liver that regulates its distribution. During times of rest the blood is said to return to the Liver where it is stored.

2. Ensures the smooth flow of Qi (Energy)
As already discussed, another extremely important function of the Liver is to maintain the smooth flow of energy through out the body. There are said to be two aspects to this: shu, which mean smoothing or coursing and xie which means draining. In order for the person to be at ease both physically and mentally the Liver must maintain a smooth and continuous flow of energy to and out of the organs. There are several areas where this aspect of the Livers role are particularly important.

i) emotions
The smooth flow of Liver Qi has a direct effect on our emotions. A we have seen the Liver is our inner General and as such helps us to decide what is important to us and what we want to do with our lives. When our Qi is coursing and draining smoothly we feel confident, peaceful and at ease. On the other hand when the energy of the Liver is blocked, either by outside circumstances, intense emotions or physical aliments, the tendency is for us to become, frustrated, hopeless and depressed.

iii) Secretion of bile
Again, as in Western medicine the Liver in Chinese Medicine is seen to secrete bile into the intestines. This is seen as an aspect of its role of ensuring the smooth flow of qi as bile aids the breakdown and absorption of nutrients and energy from food.

3. Dominates the tendons
The Liver is said to dominate the tendons because it is Liver blood that nourishes them. Tendons connect the muscles to bones and as we have seen it is the Liver’s job to ensure that muscles receive the blood that they need to function and move smoothly and efficiently. When the Liver feed the muscles it also feed the tendons.

4. Manifests in the nails
In Chinese Medicine the nails are also considered to be a type of tendon. Therefore the state of the nails offers a helpful indication of general Liver health. Weak, thin or brittle nails suggest that Liver Blood is weak. Ideally the nails should be strong and the nail beds should be pink. Although the hair is dominated by the Kidneys, the health of the hair can also reflect the state of Liver Blood. If the hair is dry or brittle or there is sudden unexpected hair loss this is often due to the flow of Liver Blood to the head being inhibited either by deficiency or stagnation.

5. Opens into the eyes
Although the eyes are actually nourished by all the organs it is the Liver that has the closest connection to them. The Liver channel branches to the eye directly and it is Liver Blood and Qi that is said to nourish the eyes, allowing us to see and distinguish colours. Therefore any eye symptoms can be an indication of Liver pathology. Red or swollen eyes can indicate Liver Heat in some form, dry eyes or blurred vision can indicate that the eyes are not being properly nourished and Liver Yang Rising can lead to dizziness or pain in the eyes.

The eyes are also linked to the Liver in a less tangible sense. As the General, the Liver needs to have good vision to be able to see clearly what is right and just. The inner clarity afforded by a healthy Liver gives us the courage to follow our chosen path with conviction and confidence. If poor Liver function leads to stagnation or pollution this vision can be lost. The Liver also allows us to reflect insight-fully on our own choices and prejudices

6. House the Ethereal Soul (The Hun)
The term Hun was originally used to describe the light of the moon. In this sense it is actually sunlight reflected during the night-time.

This goes some way to explain the ethereal soul to which it gives it name, as the Hun is the aspect of the soul (also known as the Shen or the sunlight in the analogy) that is active during the night. Our Hun is the part of us that dreams and leaves the body after death. The link to dreams would seem to suggest a link between the Hun and the realm of the subconscious mind.

Acupuncture Diagnosis and Treatment When you have acupuncture, your acupuncture practitioner will use the ... 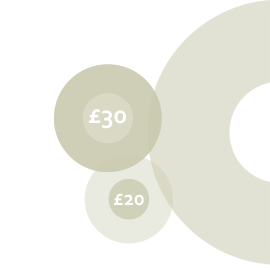 “Thank you so much, cannot wait for next week. Lovely lady” See all acupuncture reviews